They've been called "country," "alt-country," and "outlaw country," but the phrase that might best describe the Railbenders is "hard country." This Denver, Colorado band has been playing unabashed, straight-no-chaser music that pulls no punches since 2000. Their music and dynamic live shows have made them one of the top draws in Colorado, bringing in a diverse fan base of all ages.

Formed by Jim Dalton (vocals, guitar) and Tyson Murray (upright bass), the Railbenders took a mutual love of Johnny Cash, Waylon, Hank Williams, rock 'n' roll, punk, whiskey, and threw it all together to create their own sound. Powered by the steady rolling drums of Graham Haworth and the blazing guitar picking of Tony Nascar ("The Fastest Guitar in the West"), the band has garnered local awards, including "Top Country Band" by the Rocky Mountain News and "Best Country/Roots Band" five years in a row in the annual Westword Music Showcase.  Their song “I-70 Westbound” was named No. 1 of the “Twelve Most Essential Songs About Colorado” by Westword magazine in 2015.

The Railbenders have toured with Cracker, The Supersuckers, and Reverend Horton Heat, and opened for country greats Willie Nelson, Dwight Yoakam, Charlie Daniels, and David Allan Coe. As well, they've shared bills with rock legends like ZZ Top, John Fogerty, Peter Frampton, the Doobie Brothers, and .38 Special. The Railbenders won a multi-year sponsorship from Coors Brewing Company and in 2007, they had the honor of performing at the first-ever Stagecoach Country Music Festival in Indio, CA, where they opened a stage that featured Emmylou Harris, Kris Kristofferson, Junior Brown, John Doe, Drive-By Truckers, and Alejandro Escovedo.

The Railbenders @ Denver Day of Rock

https://www.ampthecause.org/our-events/denver-day-of-rock
View on Google Maps
Follow us Request a show 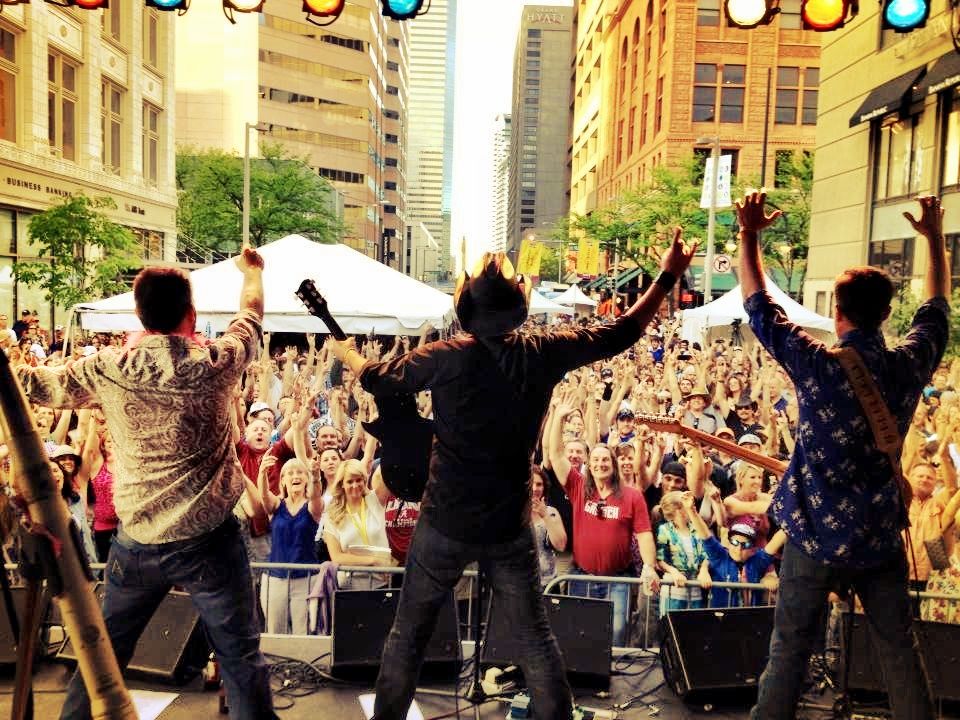